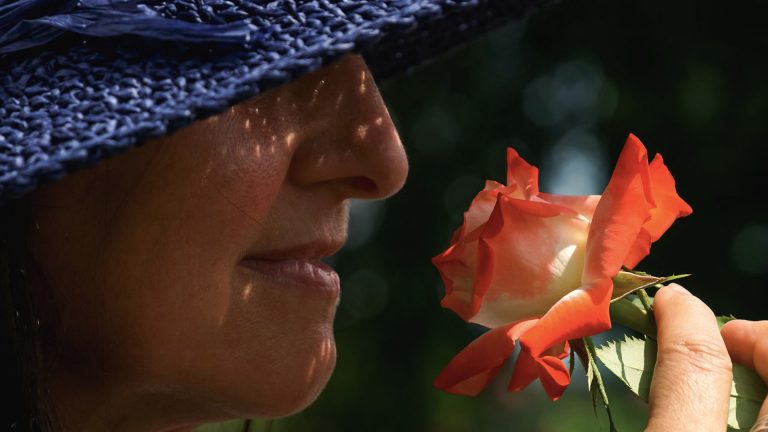 A Bochum-based research team triggered artificial odour sensations in rats – and looked at what happens in the brain as a result.

Once a scent is detected, different areas of the brain are activated. A team from the Department of Neurophysiology at Ruhr-Universität Bochum (RUB) has recently discovered that structures of the olfactory sense work closely together with the brain’s reward and aversion systems. This means that scents are processed not only by the olfactory centre but also by regions responsible for emotions and valence determination. The findings were published in the journal “Cerebral Cortex” on 11 August 2021.

Dr. Christina Strauch, PhD student Thu-Huong Hoang, and Professor Denise Manahan-Vaughan from the Department of Neurophysiology collaborated on the study with Professor Frank Angenstein from the German Center for Neurodegenerative Diseases (DZNE) in Magdeburg.

The researchers studied how the processing of scents affects structures in the brain. They used electrical impulses to stimulate the olfactory bulbs of test animals. Then, they analysed the activity in the olfactory cortex, where olfactory stimuli are processed. “We already knew that there is a connection between the olfactory bulb and the piriform cortex, a part of the olfactory cortex, in the perception of scents,” explains Dr. Christina Strauch, lead author of the study. “But our goal was to go deeper into the brain structures and find out which regions we had underestimated or overlooked until now.” “So far, only a few studies on olfactory perception have analysed regions outside the olfactory bulb and olfactory cortex regions in rodents,” says Professor Denise Manahan-Vaughan, spokesperson of Collaborative Research Centre 874 Integration and Representation of Sensory Processes. “It is still not completely understood how olfactory memories are formed. Our goal was to clarify to what extent brain structures that aren’t part of the olfactory system are involved in olfactory memory formation.”

Evidence of olfactory processing in the rodent brain

In their study, the researchers combined electrophysiological stimulation with functional magnetic resonance imaging (fMRI). Following this approach, the team obtained a detailed picture of the neuronal structures that responded to the stimulation of the olfactory bulb. Highly responsive structures were then analysed in more depth using fluorescence in situ hybridisation analysis of neuronal gene expression. This technique helps researchers determine whether neurons do indeed store the olfactory stimulus: This event serves as evidence of memory formation.

Sure enough, stimulation of the olfactory bulb had led to altered gene activity. This happened even in the nerve cells of the limbic cortex – that is, in a functional unit attributed with the processing of emotions. “The involvement of these non-olfactory structures probably plays a key role in the storage of olfactory experiences,” as Christina Strauch interprets the findings. “We deduce from this that rodents quickly categorise perceived scents as pleasant or unpleasant while smelling them.”

Overall, the results prove that the olfactory system works closely with the brain’s reward and aversion systems in both learning and memory formation.

“The study provides us an additional theoretical basis for understanding why the sense of smell plays such a unique role in the formation and retrieval of memories,” says Denise Manahan-Vaughan, who together with Christina Strauch has been exploring how memories are formed from scents since 2010.

The study was funded by the Collaborative Research Centre 874 (SFB 874) of the German Research Foundation. The SFB 874 “Integration and Representation of Sensory Processes” has existed at Ruhr-Universität Bochum since 2010. The researchers examined how sensory signals generate neuronal maps, and how this leads to complex behaviour and memory formation.